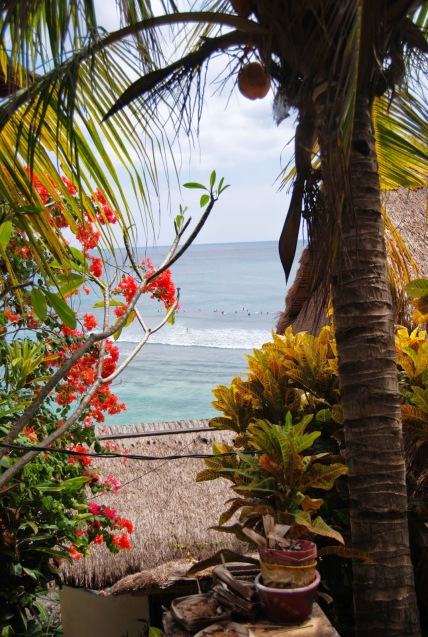 I can’t say it was love at first sight… after 8 hours on the move from the Gili Islands, we arrived at Bingin Inn, exhausted and starved, only to be told that they had double booked our room and we were being sent to another hostel. 10 minutes later we got to Padang Padang Inn. It was… well… interesting. We asked to be moved back to Bingin Inn the next day.

The only good thing about Padang Padang Inn was that it was super close to restaurants. We rapidly dumped our bags and went to get food… I don’t know whether it was because of the long journey or whether I was just too hungry to eat but after eating two slices of pizza at ‘Trattoria’ I was really ill and had to run to a ditch to.. how can I say this in a polite manner… I ran to a ditch to empty my stomach… I have no idea why but I’m gonna say that it was because of exhaustion.

The next morning was much better. After a quick transfer to Bingin Inn, we felt much happier and much more refreshed. Bingin Inn is located just a 10 minute walk away from Bingin Beach and that is where we spent the rest of the day… I feel like I’ve said Bingin too much… Bingin?

We ended up meeting the most awesome golden retriever called Beano, who lived for people throwing rocks into the sea for him to chase.. he is also my old dog’s Henry’s doppelgänger. Whilst throwing rocksfor the dog we managed to make some new friends (I know! Who knew I was capable of actually making new friends?!) They offered to take us to the Padang Padang beach party that evening, so after the sunset we grabbed a bite to eat and headed to Padang Padang.

The Padang Padang beach party was pretty dead as the swell was meant to be huge the next day, so surfers were staying off the alcohol and getting their beauty sleep. (Uluwatu’s population pretty much all surf.) But at least I got to go on the back of a scooter!! 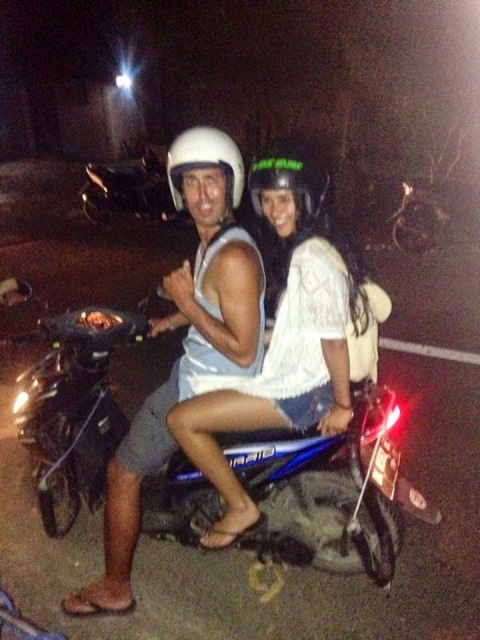 The next day I attempted to surf Padang Padang. I got some nice little rides but ended up getting completely battered by an absolutely enormous set, Steph 0 – Ocean 1. 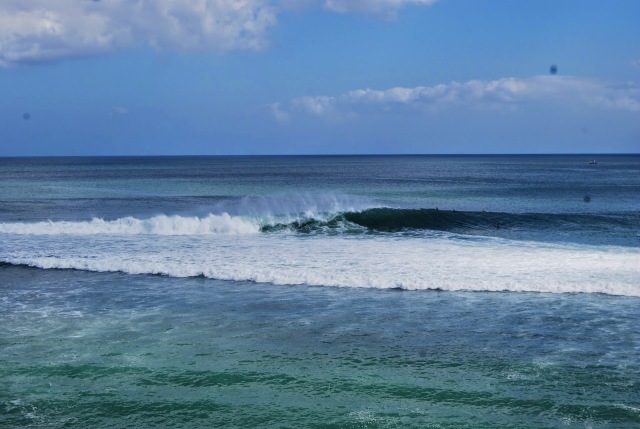 Before we even came to Bali we were told to go to Single Fin on a Sunday night… we had high hopes and it did not disappoint. We watched the sun go down whilst enjoying a small meal (it’s a pretty pricey so Tierney and I got an appetiser opposed to a main course). A live band started up and it was nice to spend some time with some cool people in a chilled atmosphere.

So, Uluwatu has stolen my heart without a doubt it has been my favourite part of Bali. And if you’re a surfer I couldn’t recommend it more! It really is surfer’s paradise.

Look out Seminyak, we’re on our way!