For Charlie’s 22nd Birthday, I decided to take him on a trip to Wales, I almost included this in the Backyard Adventures series but considering it took us near to 4 hours to get there, I kinda figured it didn’t count cause it isn’t exactly ‘backyard’ but it was most definitely worth the long drive.

Charlie has been going on about surfing in Wales for a while now so the idea was his present would have been a surfing trip. Unfortunately for us, the surf was rubbish but we decided we would make the most of our trip anyway. After typing in the wrong address and 5 hours of driving, we finally arrived in gloriously sunny Pembrokeshire.

I had booked our accommodation through AirBnB (I could not sing enough praises for that website!) we were located right in the centre of a small seaside town called Tenby. I had picked Tenby as it was close to two of the best surfing locations in Wales including Freshwater West which is where they filmed part of Harry Potter (if you didn’t already know, I really love Harry Potter). The town is so quaint and beautiful that it’s most definitely worth a visit whether there is surf or not. 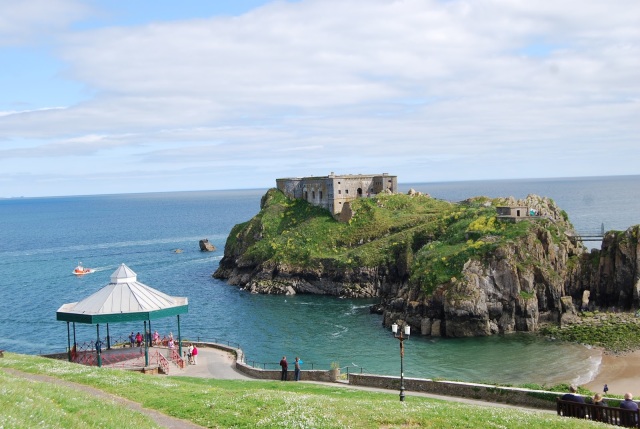 After dropping off our bags at the apartment, we headed out to explore. I don’t know what you think of when you think of Wales, but I definitely did not expect to see such blue sea! After a walk around the cliffs Charlie and I went for a stroll on the beach where we came across some washed up jelly fish. I’ve never touched a jelly fish before so naturally I wanted to poke it. Believe it or not the texture is very jelly like. I don’t know why this surprised me but apparently it did… maybe it was the disbelief that I actually touched a jelly fish… I promise you I am completely sane. 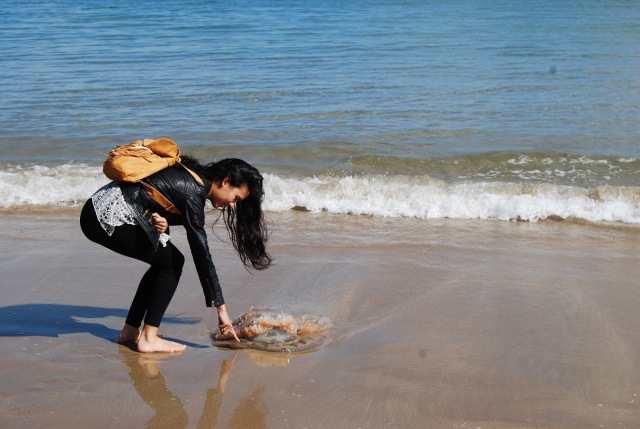 The beach was scattered with screaming children digging holes and parents forcing smiles as they pretended to be impressed with their children’s crumbling sand castles, Charlie and I enjoyed ourselves nonetheless and after half an hour of beachy chit chats we decided to head back to the apartment to get ready for dinner. 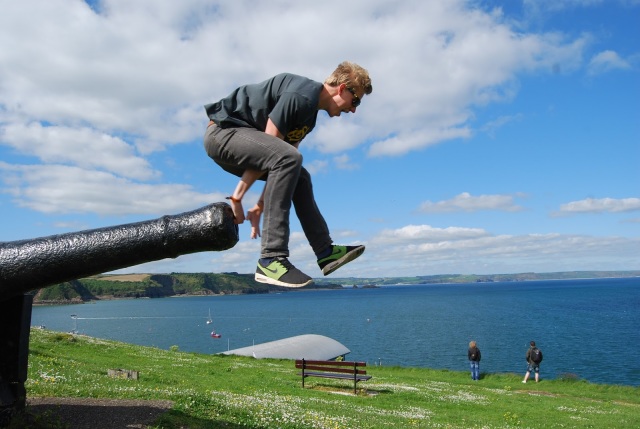 We had dinner at The Cove, it was absolutely rammed with locals so obviously it must be pretty good. I seem to have a jinx and whenever Charlie and I eat out, I always order terribly. My dinner at The Cove was no exception. After having chicken nuggets and chips at McDonalds earlier that day I decided that chicken goujons and chips would be a great order… Yep, you got it. I ordered a fancy version of my McDonald’s meal. Can you tell I didn’t think my decision through?
After dinner we walked along the coloured houses by the sea front as the sun set. This is nearly always my favourite time of day because the light is so golden and gorgeous it makes every photo look amazing. 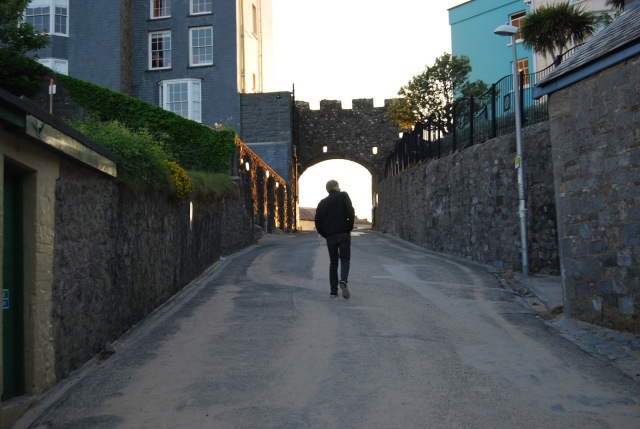 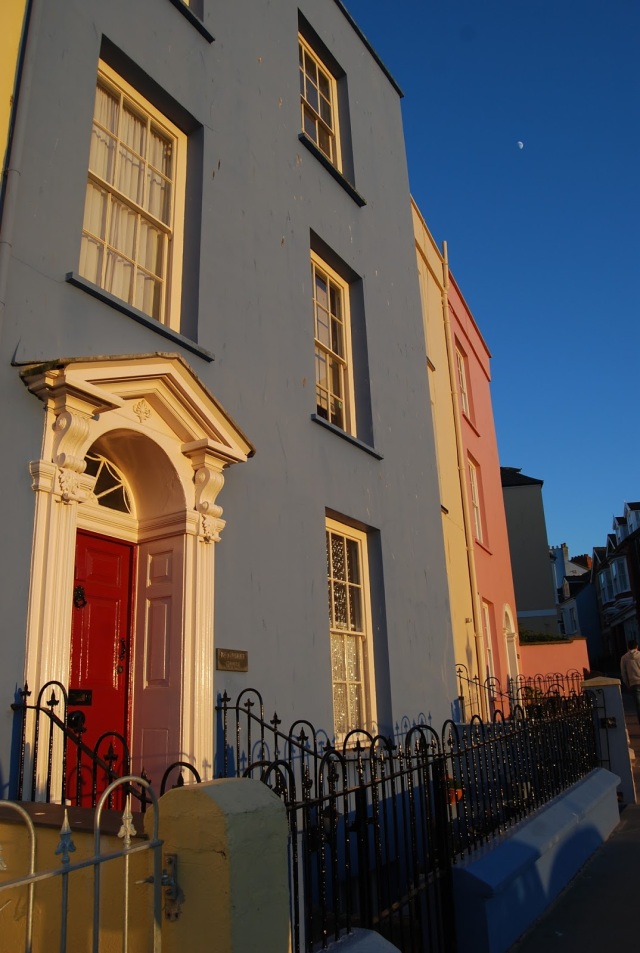 The next morning we headed to Sainsbury’s so we could buy breakfast on the go before heading to the Harry Potter and the Deathly Hallows location. It took us around half an hour to drive through all the windy country roads and when we finally got there we were greeted by rolling sand dunes.

It was a very blustery day and our attempt to play frisbee didn’t end well. 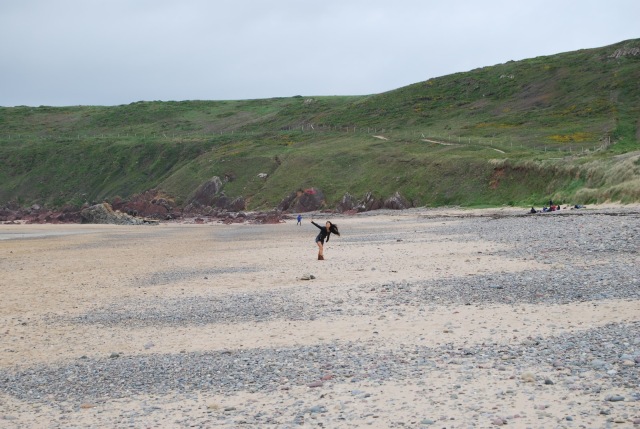 After enduring sand getting blown into my eyes and running continuously after a frisbee that just would not go where I wanted it to, I had enough. I paid my respects to Dobby and returned to my safe, warm and welcoming car and began the journey home with just one more stop… 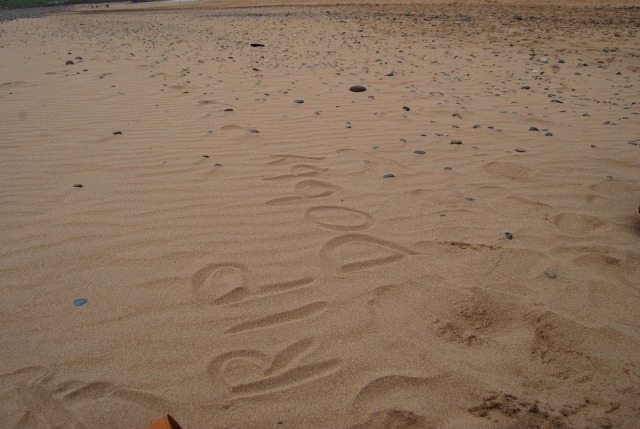 The whole trip was wonderful but this was probably the highlight for me. After watching Secret Britain with my parents I really wanted to visit the Brecon Beacon’s Four Waterfall walk aka. Sgwd yr Eira (anyone got any idea how to pronounce that? No? Me neither.). It was already pretty late in the day and I didn’t want to get home overly late as I had work the next day. So we decided to take the two and a half hour walk which would allow us to see two of the four waterfalls.

The walk to the first waterfall is pretty simple, there’s a nice trail, easy and straightforward to follow. After 30 minutes of walking, we arrived at the first waterfall. What’s special about these waterfalls is you can stand behind these amazing walls of water.

After a few GoPro and iPhone photos, we attempted to find the next one. This is without a doubt, easier said than done. We believed that following the river would lead us to the next one, seems pretty logical right?

We couldn’t have been more wrong.
As we continued walking, the path started to get narrower and narrower until it was basically non existent.
I know, why didn’t we turn back?
Well, Charlie and I are both pretty stubborn and we didn’t want to be wrong. So naturally, we carried to jump across the river using the most stable and least slippy rocks as stepping stones.

We continued to walk along a pretty high, steep bank with rocks leering at us as we peered over the edge, I’m pretty sure we were walking along an animal track i.e a track not designed for humans to walk. Some might call this pathway borderline dangerous but Charlie and I handled it like pros… Sort of… As we continued to totter along the top of this pathway we heard the unmistakable sound of cascading water. We were feeling optimistic and we only had to cross the river a few more times to stay on a path of some form…

We were doing so well…

Until I fell in the river. 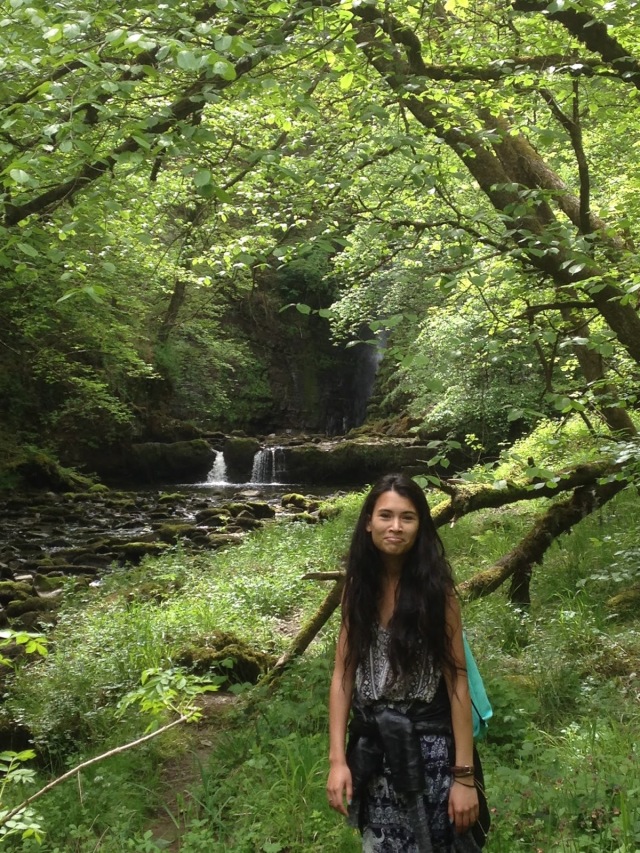 Being in the 21st century and of the technology generation, the first thing I thought about was my precious iPhone 6 in the pocket of my leather jacket, luckily it was fine otherwise I don’t doubt all hell would have broken loose. As for me, my trousers and shoes were soaked through but this was fine because my iPhone was okay. I gave up trying to skip across the river precariously and just walked straight through the water until we finally arrived at the waterfall.

It was so secluded! There were no screaming children or gossiping parents it was actually only Charlie and I there! We decided it would be rude not to have a swim. For some reason, I left my wetsuit in the boot of my car, so decided I would brave it in my bikini. If Charlie could do it in just trunks, I could definitely do it in my bikini.

I was wrong again.
I got about knee deep until I decided it was too cold. Charlie decided he was going to take the plunge and made it all the way to the waterfall and back. 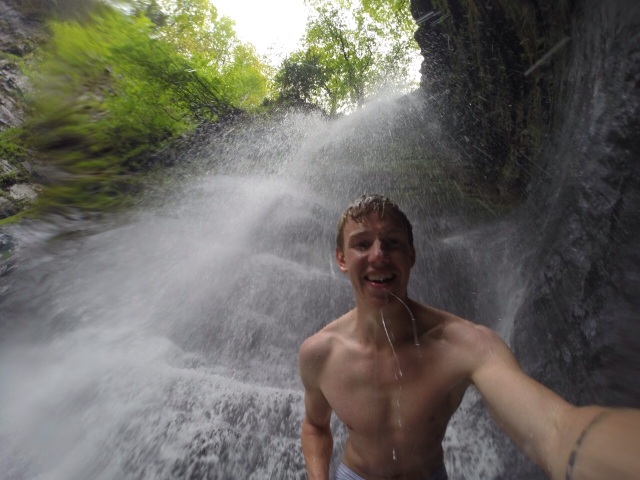 Then I got major FOMO (fear of missing out) and decided I definitely needed to do it. I also forced poor Charles to do it with me again. (Such a good boyfriend!) I got past knee deep level, up to belly button level, then I plunged in. I thought my ribs were going to shatter, my lungs had shrunk to the size of peanuts and I almost definitely couldn’t breathe, I turned to Charlie with panic in my eyes and the thought of getting out instantly.

WHY ON EARTH DID I THINK THIS WAS A GOOD IDEA?!

Charlie yelled that I was committed and even if I couldn’t breathe that I should persist and swim to the waterfall as fast as I could. I mean, who needs to breathe anyway?!

Aaaand I made it! YAY

I think it would have been a pretty epic moment had I not thought that my frozen eyeballs were going to fall out my head but I’m very proud of myself for doing it and I’m very grateful to have a boyfriend that will endure those icy temperatures twice to do it with me the second time.
All in all, a pretty amazing trip to Wales and definitely a brilliant way to celebrate Charlie’s 22nd Birthday and the end of exams for me. If you’re ever in the Wales area, I could not recommend visiting Tenby and these waterfalls more! I will definitely be returning to do the 4 hour hike WITHOUT the intention of swimming, well maybe some swimming, but most definitely with a wetsuit.
Love
S xo