After having learnt my lesson in Thailand, I was determined to keep my travel schedule flexible and it definitely paid off. When I landed in Canada I hadn’t even heard of Tofino and so had absolutely no intention of visiting. However, the more hostels I stayed at the more buzz there was about Tofino and nearly everyone I met who had been there said that I had to go. Tofino is a 7 hour bus journey North West from Victoria, so I decided that after three days in Victoria, I would spend an additional three days on Vancouver Island in Tofino.

This was the best decision ever. After another morning of problems and nuisances, I arrived into Tofino bus station at 4pm. On the bus I had met an amazing woman called Dominique who had cycled all 3,500km from Alaska to Vancouver, carrying everything she needed on a trailer attached to her bike. How cool is that?! We walked down to Whale Point Hostel from the bus station together. It was a short walk and only took 5 minutes. This hostel was probably the most beautiful I have stayed at. Just look at this view!

On arrival we were instantly asked if we would like to join in with their Thanksgiving Dinner. Having not eaten anything but noodles, poutine and mac and cheese my instant answer was yes. The only condition was you had to prepare a dish to bring to the table. Shit. I am the world’s worst cook. I opted for something simple and healthy which was er.. boiling broccoli. I am slightly embarrassed to say that I had never actually cooked broccoli before and I obviously looked completely clueless because two Canadian brothers called Ely and Immanuel helped me whilst they made their incredible clam chowder.

I genuinely have never seen so much food before, it was banquet topped with two absolutely massive turkeys. I squeezed my broccoli on the table before grabbing my dinner token. At 7, dinner was ready and it was amazing. I don’t think I had eaten that well the whole trip. So. Much. Yum.

That evening the boys who helped me make broccoli were playing some live folk music, such a lovely way to end a long day of travelling and eating.

The next day I planned to go surfing. Visiting Tofino over Thanksgiving ended up working well for me as there was a free shuttle to Cox Bay and all the other beaches. After a quick goodbye to Immanuel who was midway through a French lesson, I caught the first bus at 11am to Cox Bay. 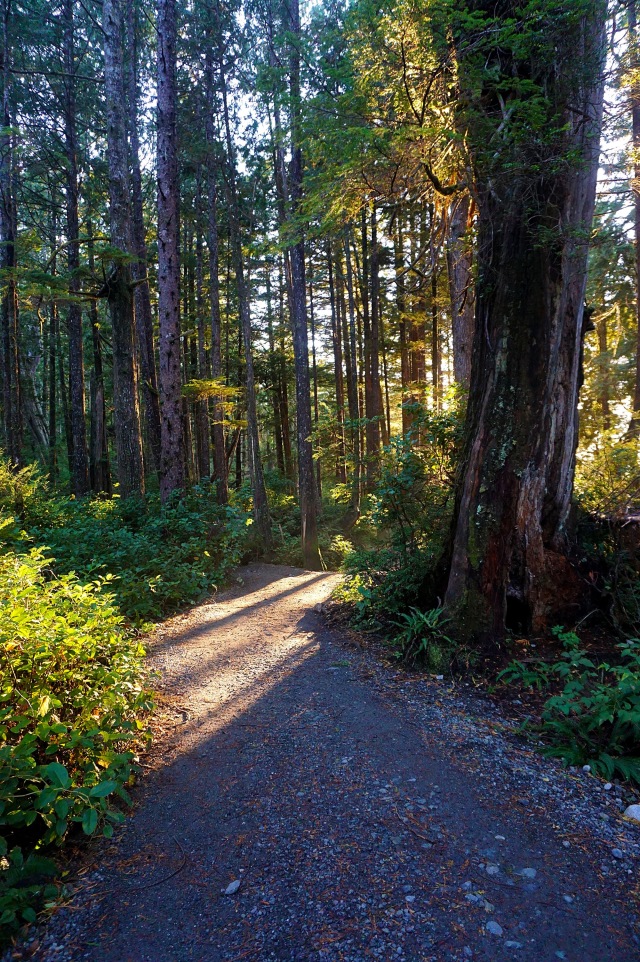 Silly me not doing any research thought there would be plenty of surf places to rent from on the beach. I guess I kind of expected to be like home, unfortunately it was not. There was one rental place but they only rented to guests of the hotel. I had three options, I could either wait for the shuttle to come back,  I could walk to the nearest rental shop for 45 minutes or I could hitch hike. The shuttle wasn’t due back for another hour and a half and I wasn’t completely sure on hitch hiking so I decided to endure the walk.

With some upbeat music the time actually went pretty quickly and it was nice to walk off the heavy dinner I had eaten the night before. The guys at the surf shop were awesome and sorted me out in no time. They even gave me a lift to the South Chesterman Beach to save me from walking there.

I had a pretty decent surf actually. The waves were small but clean which are my favourite and there weren’t many waves to fight against to get out back so I could stay out for longer than normal. 2 hours later and I had to psych myself up for the half hour walk back to the surf rental place. I am notorious amongst my friends and family for my tragic sense of direction, after 15 minutes of walking, I realised that I was walking back along the beach I had just left. Back around I turned, surfboard under arm, I headed continued my now 45 minute walk. It’s safe to say I recommend having a car in Tofino.

I definitely got some funny looks as I was just wearing a bikini and wetsuit mid October but I kept on strolling and eventually arrived back. I changed back into some warm clothes, bought some chips and waited for the shuttle bus to take me back to the hostel.

I ended the day by watching the sunset on the beach close to my hostel. 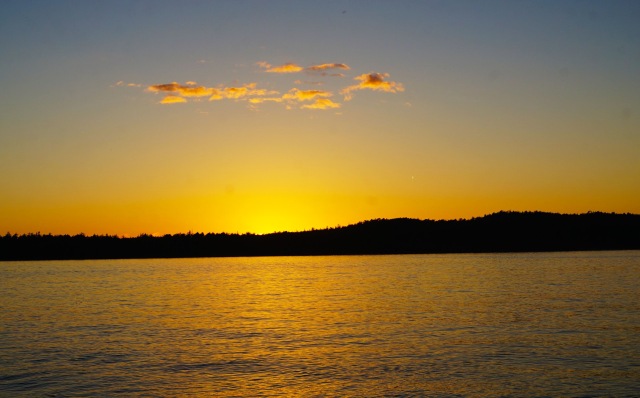 The next morning was a catastrophe. I had gotten up early to grab one of the delicious muffins the hostel give out each morning and I decided to take the opportunity to take some photos of the hostel whilst it was quiet. I turned my camera on and it point blank refused to focus. It came up with several warning messages so after a quick google I came to the realisation that my lens was knackered. I’m thankful that it wasn’t the camera body but often the lens is as expensive as the body so it was still a terrible nuisance. This is actually the reason why I didn’t get through my list of things to do in Vancouver- I spent several hours the next day at a coffee shop waiting for my camera to be fixed.

I had wanted to hike the Lone Cone Trail but it was looking to be an expensive hike because of the water taxi we would have to take. With the added expense of getting a camera lens fixed in Toronto, I couldn’t afford to take liberties. So Elyse, a girl I had met the night before, tried to cheer me up by taking me to the half moon trail which turned out to be absolutely stunning. Except when we found out midway through the hike that there were bears, cougars and wolves and I had a whole picnic in my bag which we were quick to dispose of.

We visited both the beaches a long the trail but my favourite had to be the half moon bay. It was completely deserted and utterly beautiful. For ages Elyse and I sat watching the waves gently roll and crash against the rocks. Bliss.

We made our way back to the car and headed home to the hostel. On arrival I went to grab a burrito to drown my sorrows over my broken lens. I then went to have a look at all the little independent shops they had including a fab bookshop called ‘The Mermaids Tale’.

The next day I was sad to leave Tofino, as I sat on the ferry heading back to Vancouver, I realised that I only had one week left of my solo Canadian adventure. It dawned on me how much I would miss seeing the mountains behind the skyscrapers and how I missed Canada before I had even left but that just made me even more determined to come back.

See you in Toronto.